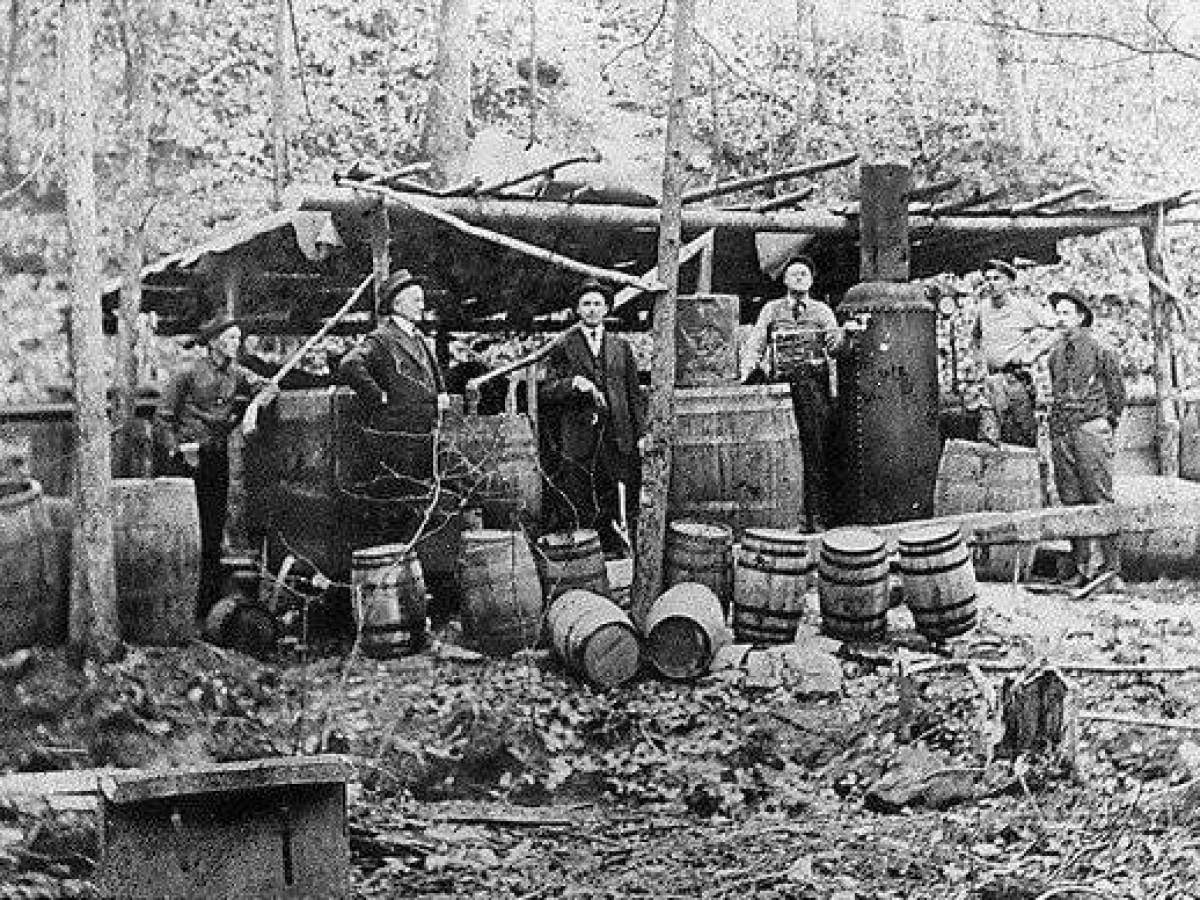 There is no escaping the impact moonshine and distillers have had on the world and pop culture.  NASCAR was born from moonshiners’ modding their cars to smuggle the booze and outrun the cops. The Dukes of Hazard was rooted in this legacy. (Bonus points if you knew the show was based off the 1975 movie Moonrunners, which was inspired by true events.) And where do you think they got the name for that Mountain Dew that all the kids playing Call of Duty for two days straight like to drink? The mystique of the backwoods still and the men and women who worked them may not be as glamorous as most people see in gangland Chicago, but we sure do think of it as the good ol’ days

How deep did this connection between the moonshiners in the hills and the rest of the community go? Further than most folks imagine. Rural communities were worlds unto themselves. Yet, the federal revenuers saw outlaws and tax evaders. The local sheriff saw Old Billy cooking up the same mash recipe his own grandfather used, and using that money to feed his kids.

Shiners were often a vital and respected part of the community. They had as much impact on a small town’s growth and economy as the big factories did for larger cities. Ironically, some of the staunchest opposition to liquor stores opening up in small towns, came from both the churches and the bootleggers.

Way back when, in Livingston Tennessee, all the moonshiners and the sheriff would meet once a year. The shiners would draw straws, and whoever got the short straw would get “sacrificed” to the revenuer. The sheriff would set him up to get caught, which would land him in jail for about a year. What would this guy get for his sacrifice? His family would be taken care of by all the other moonshiners while he was in jail, and the revenuer would leave the rest of them alone having caught his quota. It was a lot less messy for the shiners than shooting a federal agent, and dealing with the aftermath.

It was still illegal activity, and not every moonshiner was some upstanding pillar of the community. It wasn’t unusual for the more aggressive shine makers to set up stills on roads with wooden bridges. They’d burn these bridges down as a way to cut down traffic near their operation. They either had a way to hoof it over a hill to another road, or knew the old logging roads well enough to stay off of anything on a map. The real bad ones weren’t above torching a rival’s house, or anyone who looked at them funny.

Ultimately, moonshining was a business, and the rules for success were the same with it as it was with the local five and dime. A person had to make a quality product that people wanted. Going cheap never works out in the long term, especially if it was something as stupid as making a still using lead soldering and a dirty radiator. A bad reputation runs the hills faster than a cold wind, and the customers will eventually move on. Just like the old days, if you’re going to make moonshine, you got to have the right equipment and the right ingredients.
Distillery, Moonshining, Moonshine History