The Taxman Loves Your Liquor 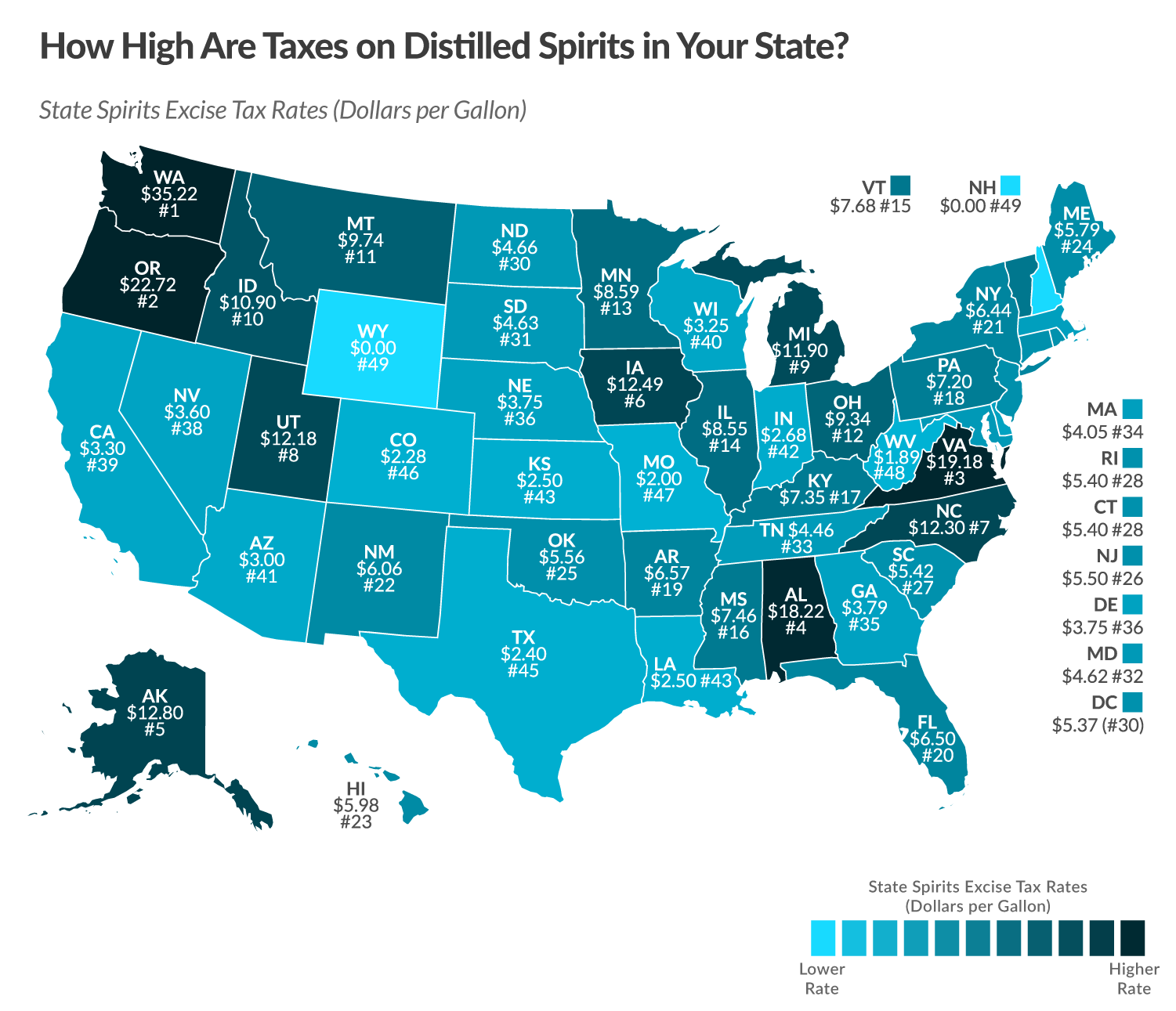 The Taxman Loves Your Liquor

We all know that old saying, “The only sure things in life are death and taxes.” It’s also ironic how much liquor is taxed, considering taxes are one of the big reasons we have the occasional drink. We all understand that taxes are a necessary evil…part of the time. We need roads, a strong military, and good schools. What our tax dollars all too often get us are shrimp running on treadmills and schools that produce high school graduates who can’t read the diploma they’re given.

What are the tax rates on liquor?

So how much does our booze get taxed? Beer gets off easy at $0.58 per gallon, and so does wine at $1.07 per gallon, give or take a few cents. But liquor and spirits get hammered with a $13.50 tax per gallon! Seriously? Why so much tax? Because the tax is partially based on proof, and they know we will pay it.

Why are the taxes so high?

There are a few reasons that the liquor tax is so high. One biggie is the idea of a “Sin Tax”. A sin tax is usually placed on any good that is considered fun (aka sinful) under the guise of trying to keep people from partaking in said sin, and offset the costs for society of dealing with those who do. It’s another form of prohibition that is as ineffectual as the 21st Amendment, but this lines the government’s pockets.

Then there’s the all-time favorite justification – “For the children.” Yeah, right. I know one person from Tennessee who grew up in a small town that was literally the only place to legally buy liquor in a hundred mile radius for about twenty years. What he told me is true. Some weekends, this small town liquor store, from a county with only about five thousand people, would bring in $100K. That was about as much as the local Walmart at the time, according to the store’s general manager. All the tax revenue was supposed to go to the schools. A couple of decades after the first liquor stores opened, the county’s middle school was still an asbestos encrusted, Depression era building and the high school’s air conditioning still didn’t work. (It never did) All those tax dollars did was sure a few local politicians got to live the good life.

Speaking of local governments, the states want their slice of the pie too. Each state has a different idea on how large that slice should be. Washington State levies a $35.22 tax per gallon and West Virginia only wants $1.87 per gallon. Wyoming and New Hampshire are the king of cool when it comes to state liquor taxes with a flat zero, nada tax rate of the hard stuff.

Honestly, I might as well complain to my dog. Liquor will always be a target for high taxes, whether or not the reasoning is sound. It’s not an essential like milk, bread, and eggs and the idiots who abuse it do cause real problems, unlike the people living in their parent’s basement playing video games all day. The only option we have is to get used to it and get ready for more. In 2013, the Congressional Budget office put forth a plan to raise the tax from $13.50 to an even $16.00. And to make it fair, the tax would cover beer and wine too, making it more standardized and fair. We pay more for their bright ideas, and then have to pay more for the drink to help us live with it.