Hard Seltzer A Trend You Wont Want To Pass On 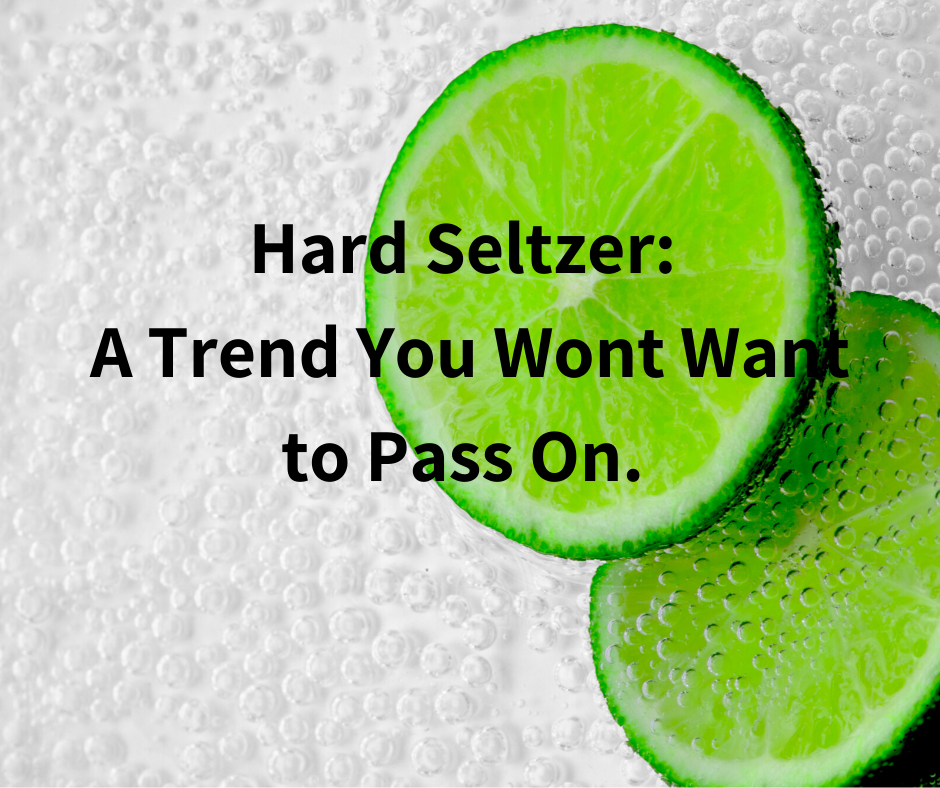 Hard Seltzer A Trend You Wont Want To Pass On

The past several years has been incredible for alcohol sales, but none greater than hard seltzers. This latest alcoholic beverage trend has taken the world by storm and it doesn’t seem to be slowing down anytime soon. According to businessinsider.com, the hard seltzer market is currently worth $550 million and is expected to exceed $2.5 Billion by the end of 2021. Stores are struggling to keep shelves stocked as demand continues to outrun supply. But what is making this drink so popular? A few reasons may include that hard seltzers are better in taste, catchy, and “healthier”.

Think back to the time you tasted your first soda. What are some things that come to mind? It might be the sweetness of an ice-cold Coke or the bubbles fizzling up as the soda hits the tip of your tongue. Whatever it may be, people are reminded of happiness. Hard seltzer beverages are attempting to bring back those memories and revive them with an alcoholic twist.

Hard seltzers have a sweet taste while having that carbonated bubbly touch and people are dying to have more. Of course, not all them taste great, but many prefer this alcoholic beverage over a flat tasting beer or a strong-tasting spirit. It has a refreshing taste that triggers positive emotions often reminding them of a hot summer day at the beach or a weekend pool party with friends.

No Laws with White Claws

Most people have heard someone say a slogan or meme that’s associated with hard seltzer brands such as “No laws with White Claws” or “It’s a White Claw summer”. As annoying or overused they may sound to one, you have to admit; it’s catchy. Imagine how many shares on Facebook or retweets on Twitter these memes have had. If I had to guess, it would probably in the millions. When products become catchy, people want to try it; they want to belong with everyone else. As a result, hard seltzers continue to grow in the market of alcohol and are selling like crazy.

When people go out to drink, most fear of waking up the next day with a terrible hangover. That stress doesn’t have to come to mind when drinking a hard seltzer. Most hard seltzers contain less than 1 gram of sugar which is surprising to most who think about the sweetness and fruitiness of these alcoholic beverages. It is also important to note that the alcohol content of a hard seltzer is around 5% ABV compared to a glass of wine at 15% ABV. Hard seltzer is a great alternative alcoholic beverage whether you’re trying to get back in shape or simply enjoying a nice summer day at the beach.

After reading all of this information at hand, it might be worthwhile to look into creating a branch for hard seltzers in your portfolio. Bussinessinsiders.com has stated that hard seltzer sales have increased by 200% in the last year and they don’t show signs of stopping. As the popularity of this new alcoholic beverage continues to grow among consumers, so does the opportunity for business. Investors who see the enormous growth in market-share of hard seltzers will be more likely to agree to terms with your business. Hard seltzers are catchy, tasteful, and a “healthy” trend in today’s world of alcoholic beverages that’s here to stay. It is up to you as to how and when you will jump on the hard seltzer train.