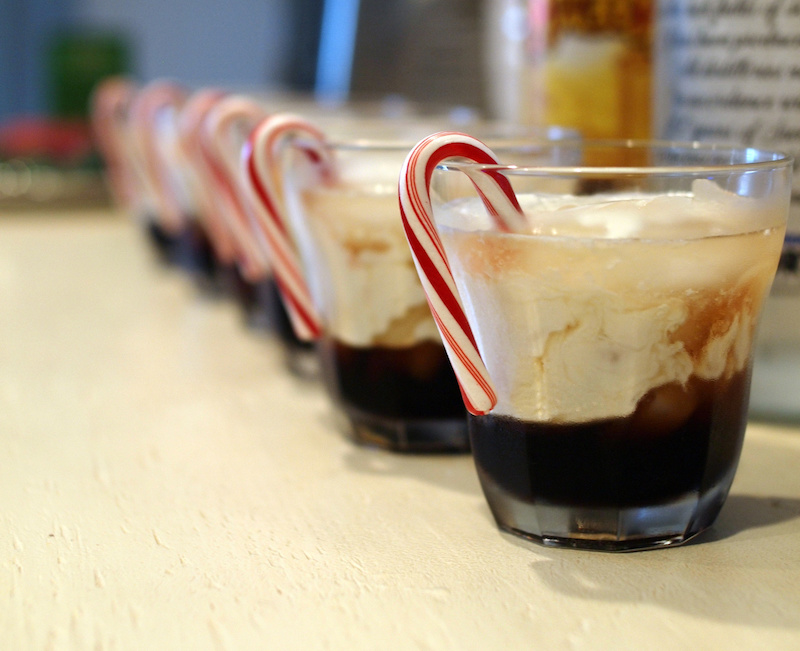 With the demise of Turkey Day, the official start of the holiday season is upon us. It doesn't matter if you call it Christmas, Yule, Hanukah, Kwanza, Festivus, or just another Sunday. It's also time for a little shopping. Some of it will be easy. There are our casual acquaintances and coworkers who we will buy gift baskets full of meat and cheese or sweet soaps, and maybe the kids (our own or nieces and nephews) who will want toys, or gift cards if they're teens. What about your real friends and your closest grown up family members? For them, you should get something that they will enjoy and remember.

Chances are if you read this blog, you and your friends enjoy a good drink now and then. What better gift can you get than giving the gift of spirits? Easy isn't it, but remember to provide them with the right stuff. The old saying goes, "It's the thought that counts," but let's be honest, if all you give a real lover of the various wonders that craft distilleries produce is a generic bottle from a national brand, you don't think a lot of them. Get them some of the best liquor out there.  A bottle of booze crafted with pride, passion, and care is what your friends deserve.

Here are some suggestions.

Liberty Pole Spirits is a distillery steeped in the lore of Pennsylvanian whiskey makers of the late 18th Century, particularly the rebellious farmers of the Whiskey Rebellion. They craft an elegant, American bourbon and one of the ones they still have in stock is their Peated Bourbon. It's a smooth earthly spirit, made with peated barley.

I still occasionally meet people who think of vodka as what to drink when there isn't any "proper" liquor around. That's probably because they never got ahold of the right stuff. Bootlegger 21 is exactly that. This vodka is made from 100% corn and is filtered using a proprietary process. The process and the ingredients give their vodka a silky-smooth feel that doesn't burn. They've also cut out the shortcuts, so many other vodka makers use, such as tossing in additives like glycerol and sugar.

This one comes from a small distillery in the great American South West founded in 2010. It's tempting to say that is a traditional Scotch whiskey that can't technically be called Scotch because it was made over here, but that would be selling it short. does have deep Scottish roots but is made with different type of smoked malt, not used by any other distillery in the world, to create a complex flavor profile that is smooth and mellow with a hint of smoky complexity.

Gin is the foundation of many mixed drinks and cocktails, and like with anything that gets made, having the right foundation is important. So why not start with what the World Beverage Competition in Geneva, Switzerland called the world's best gin? Rogue has a fresh fragrance of juniper blossoms and subtle notes of citrus. It's made with 12 ingredients including hand-peeled cucumber, ginger, free range coastal water, and new Oregon spruce to give it a unique Pacific Northwestern flavor.