A Lesson in Rackhouse and Proof 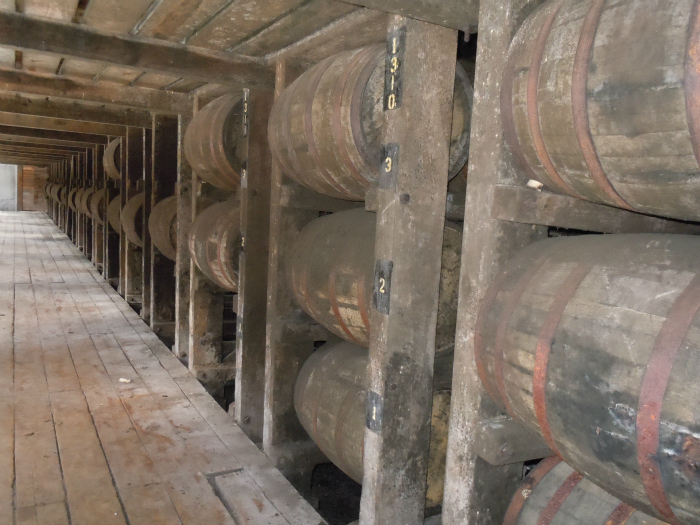 A Lesson in Rackhouse and Proof

Most people go through life enjoying whatever products they use, without ever considering what it takes to make them, let alone make them good. It’s human nature. We have enough on our minds without wasting time wondering how they get the plastic straws wrapped up in their paper sheaths.

Still, some things are more important than plastic straws and people should know how much work goes into making something amazing. And by something amazing, I mean craft whiskey and bourbon, or any worthwhile liquor.

Distilled spirits are far more complicated to craft, especially compared to things like wine. There are not only more steps involved, it’s easier for something to go wrong during those steps. It’s a marriage of science and art, and this process doesn’t end with the liquor going into a barrel for aging. Even that part has a level of complexity to it that few outside the industry and liquor enthusiasts know.

Where and how liquor is aged affects what you end up with, in the bottle you buy. Here’s a quick lesson. Freshly distilled liquor is placed in charred oak barrels and loaded into what is called a rackhouse. A rackhouse is traditionally nine stories high, but there isn’t an official rule of bourbon that says they have to be that tall. Some are smaller, some are larger, some are brick, and some are wooden. Lots of the older ones were built using the materials available at the time, and the unique flavors they produced became their trademark.

Liquor near the top of the rackhouse ages faster, and makes for a higher proof. It’s due to the heat causing the water to evaporate faster. That leads to the obvious point that the barrels in the middle age slower and develop a lower proof, and the ones on the ground level age the slowest. It’s not a race to see which barrel will get someone drunk the fastest. Each of these levels produces a unique taste. For the true connoisseur, it’s the sort of difference you get from frying a steak, grilling a steak, or broiling a steak.

When people who know talk about bourbon, they’ll throw in all sorts of words to describe the whiskey. All the different terms like Angel’s Share, Single Barrel, Small Batch, and whatnot aren’t just some clever sounding terms invented by a marketing department. They mean something.

Where a barrel of whiskey ages in a rackhouse has a big influence on how it tastes. A bottle of Single Barrel whiskey comes straight from one barrel. This means that each bottle will taste different, depending on where the barrel was in the rackhouse. Small Batch means that multiple barrels, from different parts of the rackhouse, were blended together to give the bourbon a consistent taste.

There is a reason that craft distilling is more than a job.  It’s an art form because each step brings something unique to the final product.