A Lesson in Whiskey 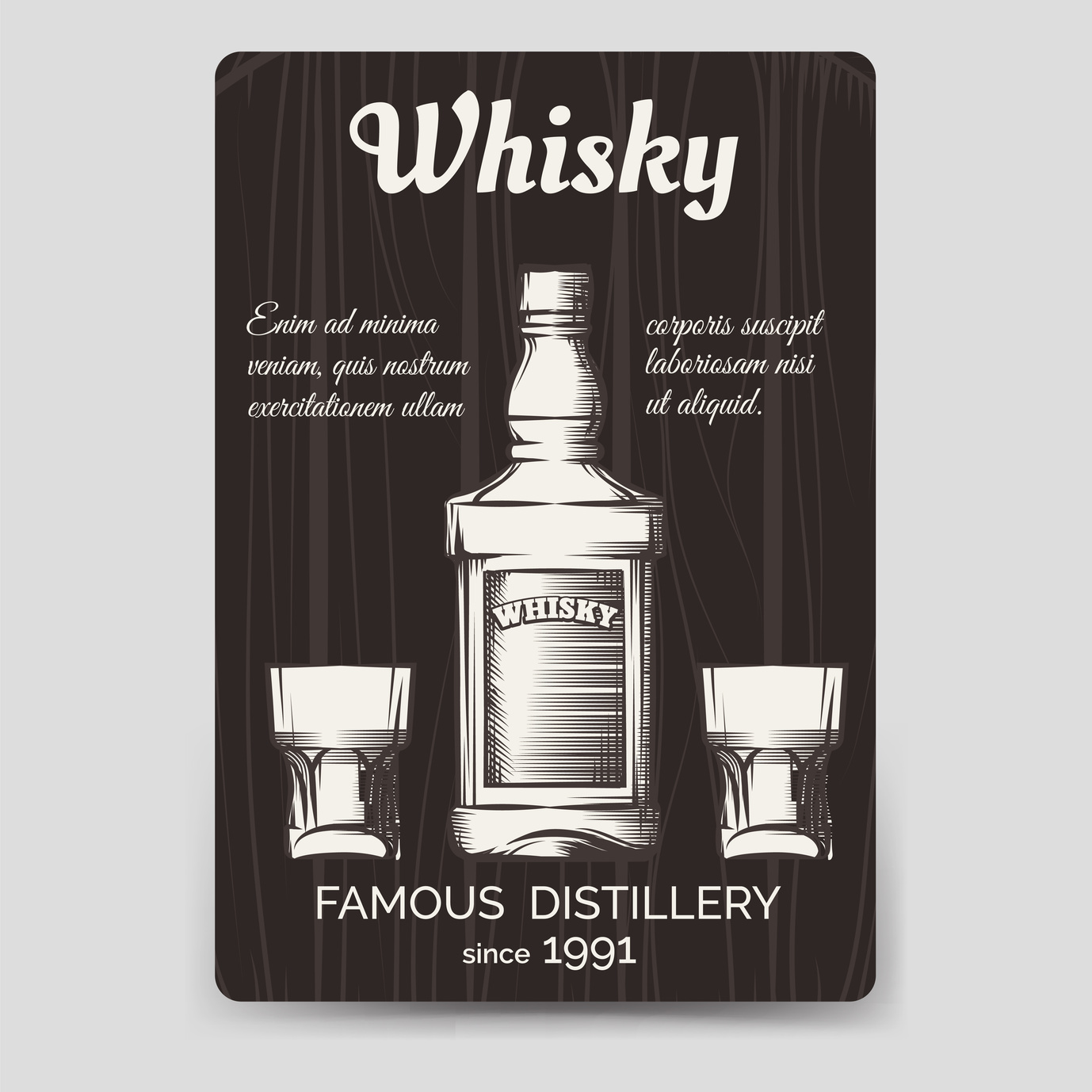 A Lesson in Whiskey

Whiskey is not some singular thing. It's about as generic of a term as car or soda. I'm sure that most everyone reading knows this, but let’s be realistic.  Not everyone working in the distillery industry is a hard liquor scholar. There are more than a few partnerships where the one who knows the booze side of things handles making the hooch, and the one with the business sense makes sure it gets sold. There are also accountants, IT people, and office managers who help to make sure we can get our drink on who don't know all the technicalities of the various forms whiskey can take.

Here's a quick rundown on a few of big ones, and that only touches the surface. You can go into blended, single and double malts, small batch, and all sorts of other things. Whole books can and have been written on the subject. At least with this, the people who know next to nothing will have a place to start.

This is an American whiskey, usually made from corn and barrel-aged, that first appeared in the 1700’s.  It gets its name via the French Bourbon Dynasty, which inspired the name of two places who take credit for calling the whiskey. Either Bourbon County Kentucky or Bourbon Street New Orleans provided the inspiration to give American whiskey its name. It’s a fun fight to watch sometimes.

Scotch
A whiskey, or since they leave out the "e," made in Scotland from malted or peated barley, though grains like rye and wheat in the late 1700's. Not any whiskey made in Scotland is Scotch. It has to be done in a specific way as defined by law.

Whiskey made in Ireland – simple as that. The Irish gave us the word whiskey. It translates from Gaelic to “water of life.”

Tennessee Whiskey is Bourbon that has gone through an extra step called "The Lincoln County Process," Lincoln County (a dry county) being the home to the Jack Daniels Distillery. By law, whiskey can only be Tennessee whiskey if it goes through that process. That said, many would be craft distillers from the Volunteer state who have recipes used by Tennessee bootleggers for a couple of centuries might disagree on how “Tennessee Whiskey” is defined. But, hey. Lemmy Kilmister drank at least one bottle of Jack a day, so there’s that.

This is a relatively recent player on the world whiskey scene, having been first commercially produced in the early 1920s. But like with cars and electronics, it hasn’t taken the Japanese long to catch up with the big boys and girls. In 2015, Jim Murray’s Whisky Bible named Suntory’s Yamazaki Single Malt Sherry Cask 2013 as the best in the world. That’s the same brand mentioned in Bill Murray’s Lost in Translation. Japanese is made pretty much the same way as Scotch. They even leave out the “e.”

Americans got a taste for whiskey made by their northern neighbor during the dark days of prohibition when large quantities of this type of liquor were smuggled in. Canadian whiskey is a rye whiskey – so much so that saying rye or Canadian pretty much means the same thing in bourbon . Like with Scotch and Tennessee Whiskey, there are laws and guidelines a whiskey must meet to be legally called Canadian whiskey.