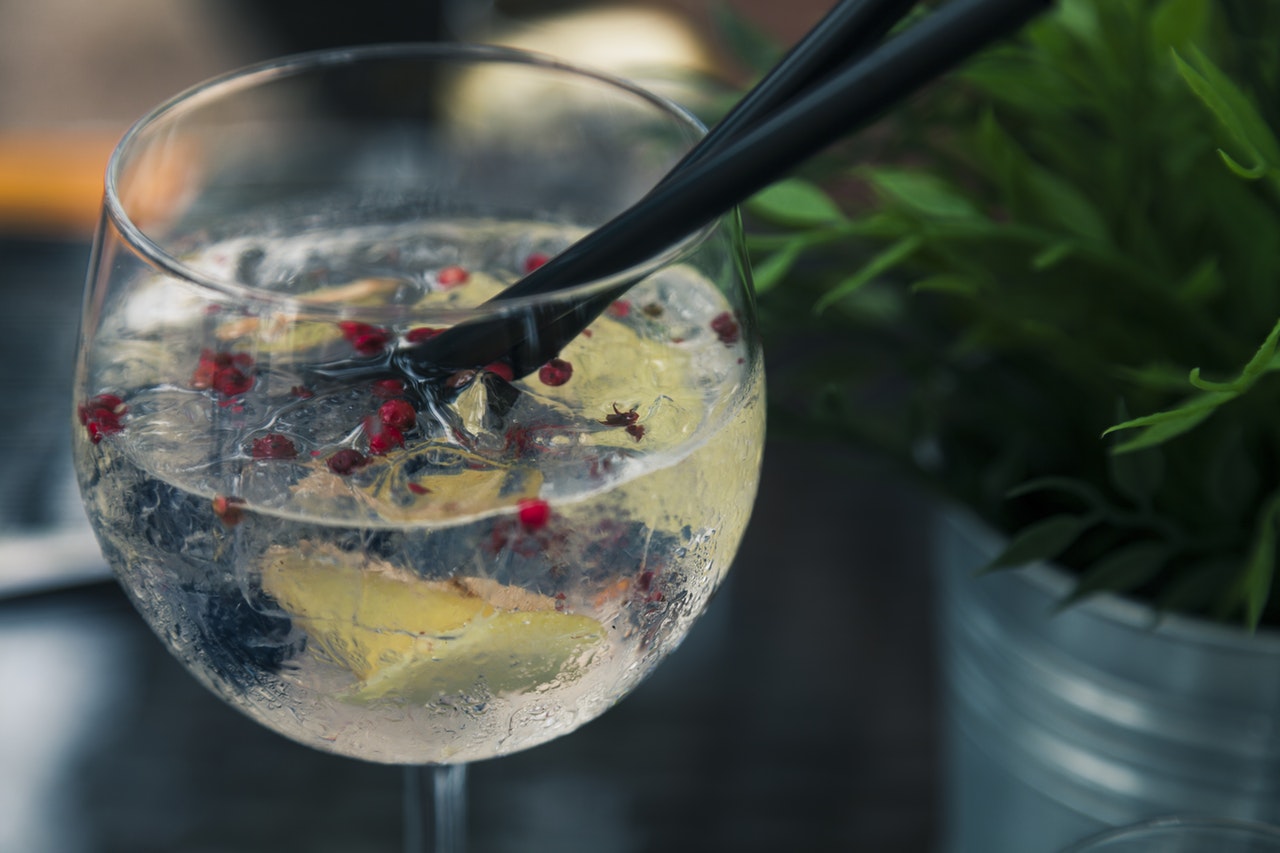 Thanksgiving is upon us once more. Time to meet with family and friends and enjoy a magnificent feast with good company, as we take a moment to give thanks for the bounty this year has given us. Or it’s time to meet with family and friends out of a sense of obligation because if we skipped out we would be considered the a-hole, as we give thanks for every minute without any screaming or arguing – yea politics.  No matter what the family situation is, having a few drinks is usually a good idea. Either it will make your time together more enjoyable, or tolerable enough until your Uber arrives to take you home. So, drink up and have a happy turkey day with these cocktails.

Not the right holiday exactly, but close enough. The Side Car Martini was invented (most likely) right after the end of World War I. I can only imagine the level of thanks everyone gave that year to finally see that brutal conflict’s end. At least until the Spanish Flu hit.

Chill 4 martini glasses in the freezer. Combine the sugar and lime zest in a small shallow dish. Rub the rim of each glass with the lime wedge then dip in the sugar-zest mix. Mix the cognac, Triple Sec, Limoncello, sweet & sour mix, and lime juice over ice into a cocktail shaker, and shake until chill. Pour into the glasses and serve.

Easy, warm, and good, the apple toddy fits in well with Thanksgiving, and then some. The cocktail’s warmth and cinnamon almost make it an ambassador between the holidays since the heat and flavors also give it a bit of a Christmas vibe. Perfect for those eating Thanksgiving dinner under Christmas lights. Maybe a warm apple toddy can build a bridge between family members.

Stud the orange slices with cloves. Take a medium saucepan, and pour in the cider. Place the studded oranges and cinnamon sticks, and add a shot or three of brandy to the mix. Bring to a simmer. While it’s warming up, whip the heavy cream into a soft peak. Ladle it into a cup, and top it off with a dollop of whipped cream.

You will make a couple of family members ecstatic while sending others into total conniptions. Just say “pumpkin spice,” and watch the eyes roll. Now go be a Thanksgiving troll.

Pour the vodka, pumpkin flavored liqueur, and Irish cream liqueur into a cocktail shaker over ice. Cover, and shake until the outside is frosted. Strain into a chilled martini glass, and garnish with a sprinkle with the cinnamon and nutmeg.

This is a drink that fits the Thanksgiving theme by having cranberry as part of the ingredients list. And even though there are some amazing things being done with vodka distilling these days, there’s something about its Russian roots and the Cold War that says, “I give up and accept my fate.” Perfect for those Thanksgiving dinners you wish you could escape from, but can’t

Mix the cranberry juice and vodka in a glass, over ice. Give it a splash of ginger ale, and garnish with the cranberries.